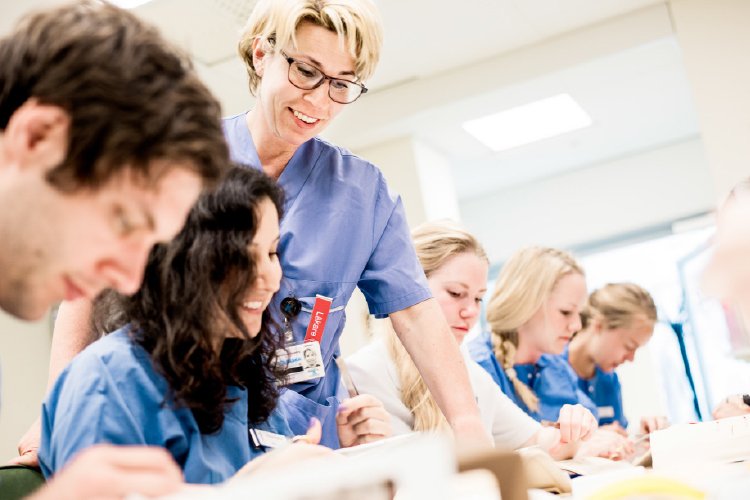 Karolinska Institutet’s education and translational research will be affected when fewer patients than expected will be admitted to the new Karolinska University Hospital in Solna. KI’s management team has therefore requested an internal analysis of the consequences.

“When the intensive emergency department opens at the new university hospital in 2018 for only particular patient groups, this will be a reduction compared to what was planned. KI doesn’t really have a problem with 'vårdval' or that patients are moved out, but this will among other things affect doctors’ and nurses’ education and may make it difficult or impossible for us to achieve the learning outcomes,” says Anders Ekbom, acting pro-vice-chancellor at KI.

In March, the official statement was issued upon which the County Council Executive Board will base its decision on whether healthcare activities in Stockholm are to change. The new intensive emergency department will be highly specialised and will take considerably fewer patients than expected and only those who are most seriously ill. The majority of patients will instead be taken care of in primary care by GPs, local emergency departments and the other emergency hospitals. This means that diagnoses at the new hospital will be too few for doctors-to-be for example to be able to be trained in their profession. Handling emergencies is considered to be an extremely important part of their training.

“We have explained during our discussions with the county council (SLL) that there has not been sufficient collaboration with KI during the planning process. This will also be evident in the as yet unsigned minutes from the meeting between SLL’s and KI’s management teams, where the proposal was presented,” Anders Ekbom continues.

KI has now initiated an internal analysis of what impact the decision will have on education and research.

“The analysis will also define alternative solutions within the framework of the new ‘care landscape’, which should lead to SLL modifying its proposal as regards what care is to be included,” Anders Ekbom says.

He is concerned that translational research will be affected when the patient base becomes smaller.

“At present a lot of money is being invested in building a research infrastructure through the Bioclinicum research centre at the new university hospital and Biomedicum at KI.

“We feel that education and research will now have to move to where the people will be in primary care, specialist clinics and hospitals outside the new university hospital. Both public and private players must be given a research and education assignment. But the new care landscape (vårdlandskapet) must also be sufficiently equipped to be able to take on the assignment, which is not entirely certain at the moment.”

The analysis is to have been completed by 31 March.

Read more in a news article from SLL, in Swedish