Keys to BioClinicum handed over – NVS staff to move in shortly 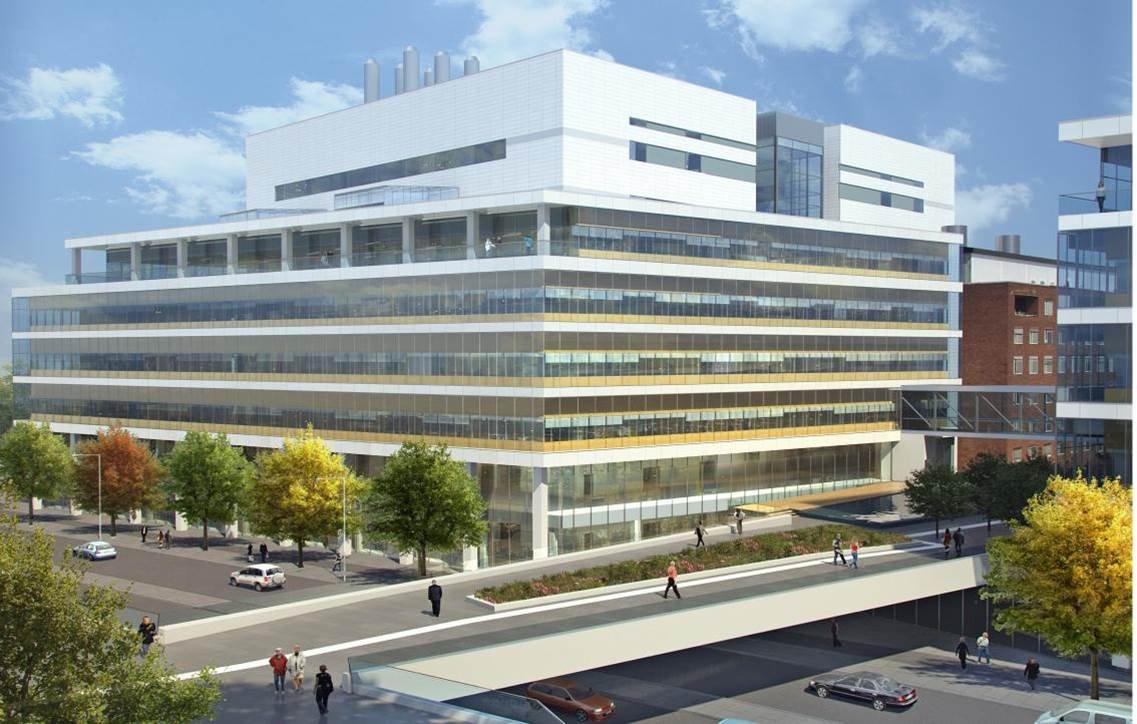 On 25 September, Skanksa handed over the keys to BioClinicum to the Stockholm County Council and the Karolinska University Hospital, an important milestone in the increasingly close collaboration between Karolinska Institutet and the hospital on healthcare, research and education.

In the new year, some 70 researchers from KI’s Department of Neurobiology, Care Sciences and Society (NVS) will be moving into BioClinicum, and several NVS members of staff have been involved with the move. One of these is Maria Ankarcrona, Senior lecturer at the Division of Neurogeriatric and responsible for NVS’s move to BioClinicum. During the key handover ceremony, Maria Ankarcrona gave a research presentation on the theme of “Impaired energy metabolism and nerve-cell death – parts of the Alzheimer puzzle”.

Several speeches were given, including by representatives of KI and the Stockholm County Council. KI’s Vice-Chancellor, Ole Petter Ottersen, underlined the fantastic launchpad provided by locating BioClinicum and Biomedicum (KI’s new research facility on the opposite side of Solnavägen) so close together, creating as it does the ideal conditions for research and education in close proximity to patients.

The speeches and key handover ceremony were followed by a tour of BioClinicum.