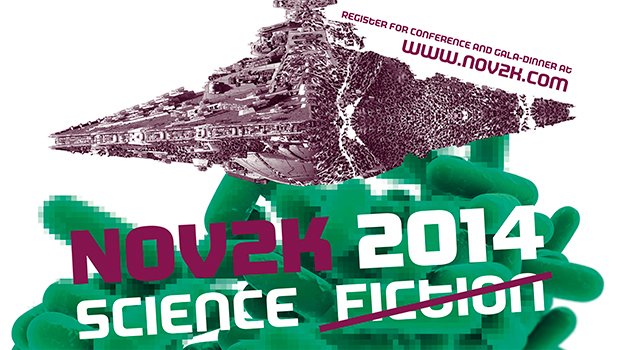 “Nov2k – Future of Science and Medicine”, the original multidisciplinary symposium of Karolinska Institutet, comes to its 15th edition. Nov2k is an unconventional, highly interactive symposium that creates an all-round experience to inspire the future research generations.

Nov2k is organised by graduate students from Karolinska Institutet and Stockholm University, and it is endorsed by KI DECS program and KI Centre for Gender Medicine.

Initially designed to target students at KI, in the years Nov2k attracted a broader audience of young scientists, MD and even professors to listen to the best scientists and thinkers in the world. Nov2k promotes sex and gender perspectives in science and medicine, having hosted in its previous editions the neuro-robotic expert Miguel Nicolelis (Duke University - US), the groundbreaking immunologist Polly Matzinger (NIH - US), and the NASA’s bioethicists Paul Root Wolpe (Emory University - US), to name a few.

Nov2k is now proud to add a Nobel Prize winner - Edvard Moser - was one of its Keynote Speakers. Dr Moser participated at Nov2k 2013, where he explained the biology behind this year Nobel Prize.

This year theme is “Science fiction”, and the conference will pay a tribute to scientific innovations that may have previously been regarded as fictional but today have immense impact on society. This year's edition also counts with the support of doctoral programs like Regenerative Medicine and Cell Biology and Genetics.

Some of this year's Key note Speakers:

Mark Post (MD, PhD, Professor), who hit the world news with the first ‘BigMac’ grown on a petri dish

Nov2k program includes a ‘Poster Slam’ (where presenters give a pitch of their science and the audience votes for prizes); an exhibition with the theme of the ‘Future’; an interdisciplinary workshop; and a panel discussion on the Future of Medicine.

Nov2k also gives the chance to its participants to get creative: this year competition is about designing the laboratory tool of the future. The winner will get the chance to print out her/his tool on a 3D printer that will be present at the conference.

Registration is now open to everyone at Karolinska Institute.