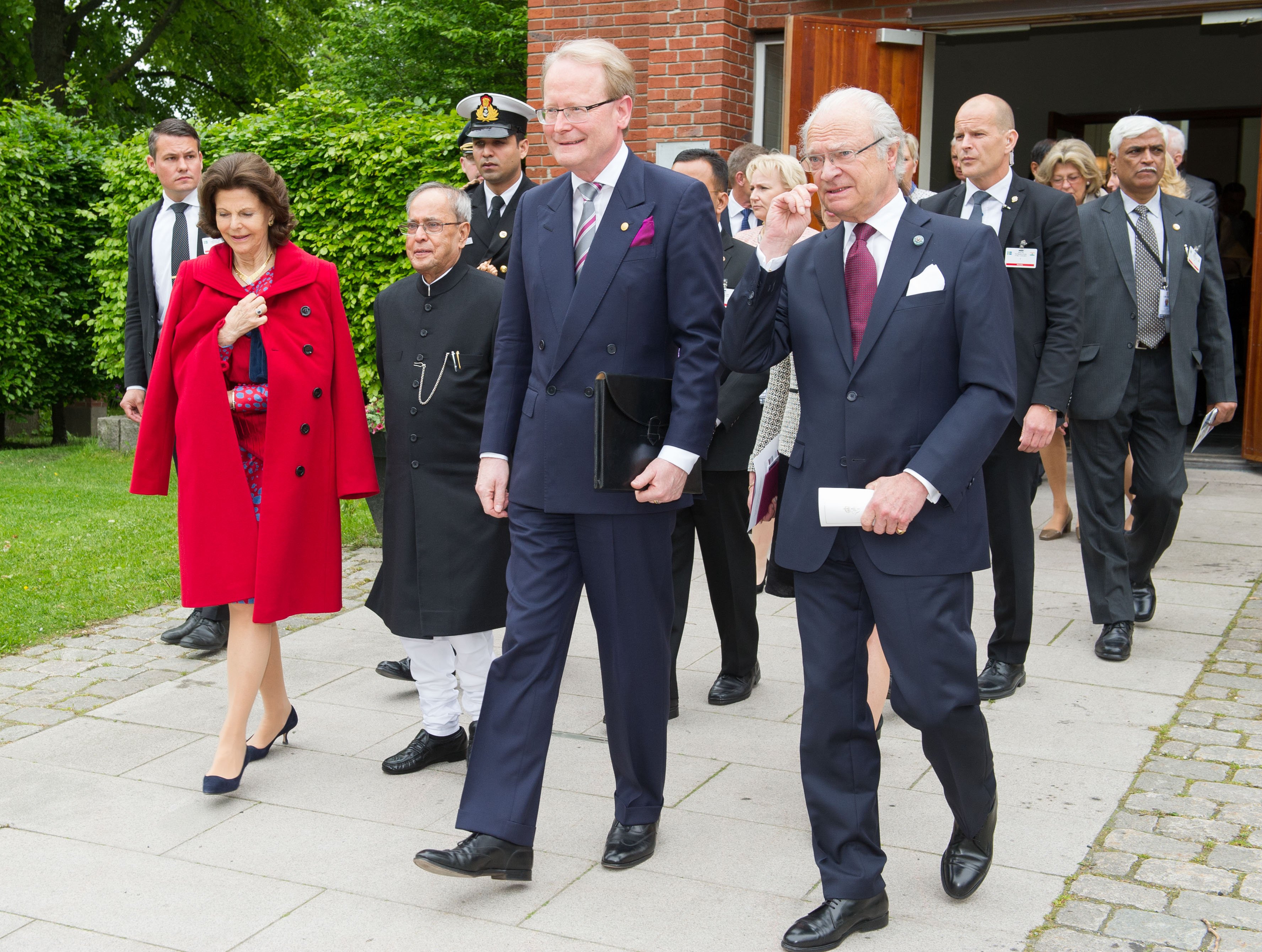 The President of India is currently on a state visit, the first ever made by an Indian head of state to Sweden. During his time here, President Pranab Mukherjee visited Karolinska Institutet in the company of Their Royal Highnesses King Carl Gustaf and Queen Silvia. Helene Hellmark Knutsson, Minister for Higher Education and Research was also among the visitors.

The visit commenced at the Nobel Forum, where Vice-Chancellor Anders Hamsten talked about Karolinska Institutet and its partnerships with India, and welcomed more Indian students to KI “because the ones we’ve had have been excellent”, he said.

Professor Juleen R Zierath from the Department of Molecular Medicine and Surgery talked about new strategies and cooperation alliances for the treatment of diabetes, which still lacks a cure. She was followed by Dr Sven Hoffner, docent at the Department of Microbiology, Tumour and Cell Biology, who spoke about the production of the first new tuberculosis drug in 40 years, a project in which he has been actively involved, and about collaborations between researchers at KI and their Indian partners.

A view of the changing landscape

The delegation then moved on to Aula Medica, where Professor Hamsten showed his guests the model of the Solna campus and the buildings of the emerging new Hagastaden district, including the Biomedicum research laboratory, which he had mentioned in his presentation earlier. The hour-long visit concluded on the seventh floor of the auditorium, where the visitors could see with their own eyes how the local landscape is changing.

The visit to KI was a welcome item on the president’s state visit programme, says Banashri Bose Harrison, the Indian ambassador to Sweden, who was amongst the Indian VIPs.

“The Indian government is committed to making sure that its people receive top quality healthcare,” she said. “Karolinska Institutet is one of the world’s leading institutions for healthcare research and innovation and plays a key role in the partnership between India and Sweden in this vital field.”

Growing relationship between India and KI

“It’s really exciting to have the president here,” says Professor Cecilia Stålsby Lundborg from the Department of Public Health Science and academic coordinator of KI’s partnership with India. “It feels wonderful to have the head of state of one of the biggest countries in the world not only visiting Sweden but also coming to KI! The scientific relationship between India and Sweden is active and this year and next we expect new funding announcements from Swedish and Indian research financiers.”

This, the first ever official visit by an Indian head of state to Sweden, commenced on 31 May with a meeting with Prime Minister Stefan Löfven and members of the Riksdag, and is due to end today (2 June). The programme, with its focus on the themes of innovation, sustainable development and Life Science research, has also included a royal dinner and a visit to Uppsala University.