Hello Ute Römling, professor of Medical Microbial Physiology at the Department of Microbiology, Tumor and Cell Biology. Congratulations to your new book “Microbial Cyclic Di-Nucleotide Signaling” that has just been released. What is it all about? 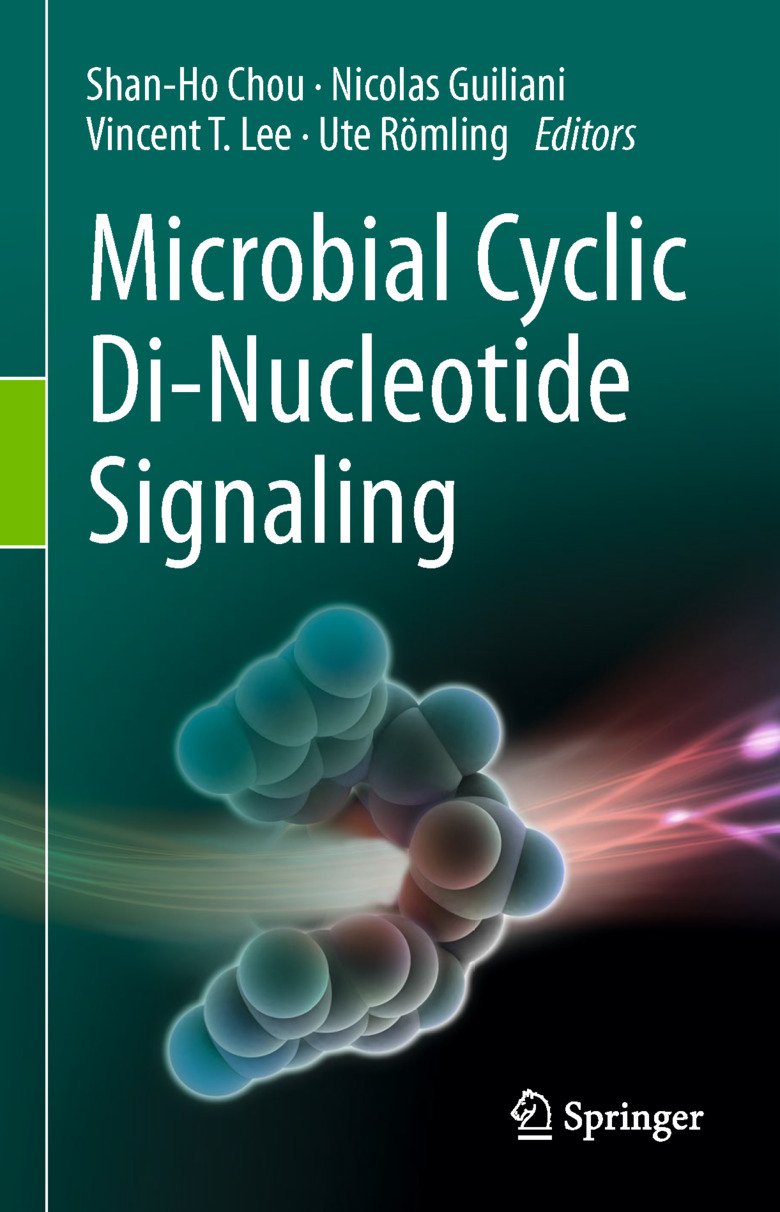 A space filling model of cyclic-di-GMP, the first ever discovered cyclic di-nucleotide second messenger. The figure highlights the central and multifaceted role of this versatile second messenger as described in various chapters of the book. 2D render by Giorgio Giardina, Department of Biochemical Sciences, Sapienza University of Rome, Italy. Photo: Giorgio Giardina

"Cyclic di-GMP has a broad physiological and phylogenetic impact as it universally directs the life style transition between sessility and motility as well as between acute and chronic infection in bacteria.”

Who is this book for?

"Any bacteriologist that is interested in signaling and regulatory mechanisms with respect to biofilm formation, virulence, the cell cycle, motility, osmoregulation etc. just to name a few physiological features where cyclic di-nucleotide signaling can play a role."

"As the book covers description of cyclic di-nucleotide signaling systems in a broad range of microbes, students as well as experienced researchers can benefit from it. However, even beyond bacteriology, the book might have its value to readers as homologous systems are present even in higher eukaryotes."

"Cyclic di-nucleotide signaling is a relatively young area of research within molecular bacteriology. Initially discovered in 1987, cyclic di-GMP was only rediscovered in 2004, but intensively investigated since then. Thus, although cyclic di-nucleotide signaling continues to be a research focus, there is still a lot of aspects that remain un- or poorly explored. This book gives an overview over the current status of this research."

The printed version of the book will be released in April 2020.