Health in focus at Stockholm+50 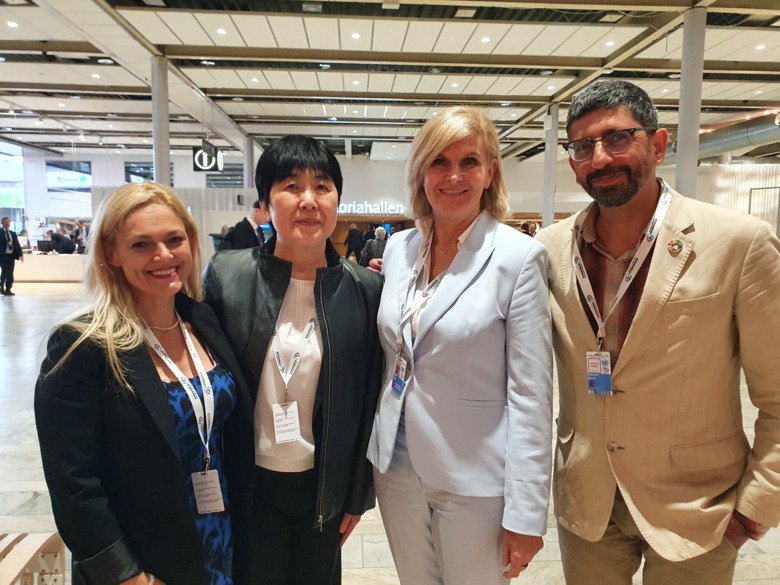 During the UN Environment Summit 2-3 June called Stockholm +50, health was given a special place as the word was used in the theme of the whole conference "A healthy planet for the prosperity of all". In doing so, the health of the planet could be linked to human health and prosperity.

Several speakers, such as Anders Nordström, Sweden's Ambassador for Global Health, made this connection, arguing that what benefits the health of the planet is often also good for human health. At Stockholm +50, the World Health Organization explored the environmental and climate-related aspects of health in depth during a seminar co-organised by the KI.

During the seminar, WHO presented both its recipe for a healthy recovery after Covid-19 but also a policy summary that focuses on the issue of climate change and mental health. The protection of and the right to basic conditions for life, such as clean air, water and land, was addressed by several speakers - this on the basis of the new UN Resolution 48/13, which recognises that a clean, healthy and sustainable environment is a human right.

Rosamund Adoo-Kissi-Debrah, co-founder of the Ella Roberta Family Foundation, was one of the most touching speakers. She told the story of her daughter Ella, who died of asthma at the age of nine. Rosamund spoke about her struggle to keep her daughter alive, the psychological consequences of her daughter's breathing difficulties and the fear of death. She also told of her battle in the British courts to prove that high levels of air pollution played a key role in Ella's failure to survive her illness - a battle she eventually won.

Our President Ole Petter Ottersen closed the seminar with reflections and concluding remarks. He found it shocking that up to 80% of the young people from the Global South who were due to attend Stockholm+50 were not granted visas, according to a previous speaker. Ole Petter said that Stockholm+50 has in this way missed out on important perspectives and knowledge. He also stressed the political determinants of health and the importance of influencing them. He expressed concern about the increasing social and health inequalities in the world and the vulnerability of vulnerable groups to pandemics and the ongoing climate crisis. Universities should not be mere witnesses to the crises going on in the world, but should act and contribute to the implementation of knowledge in society and policies that guide decision-makers, he argued. Ole Petter concluded by stressing the importance of working for health for all and counteracting the inequalities that hit the health of vulnerable groups particularly hard.

In conclusion, the seminar provided many ideas on how those of us working on both somatic and mental health issues at KI can contribute to the work on the Global Sustainable Development Goals, which are our "survival kit" for continued life on earth. At Karolinska Institutet, we work with knowledge about life and the conditions for life. Certainly we have a lot to contribute. Don't miss listening to the seminar.

Stockholm+50 Side Event: Together for a healthy, resilient, and green recovery