Dan Grandér (1964-2017), MD, PhD, Professor, and colleagues have published a groundbreaking article in Science Advances entitled, “Irreversible TrxR1 inhibitors block STAT3 activity and induce cancer cell death”. Dan Grandér was head of the Department of Oncology-Pathology before his passing away in October 2017. 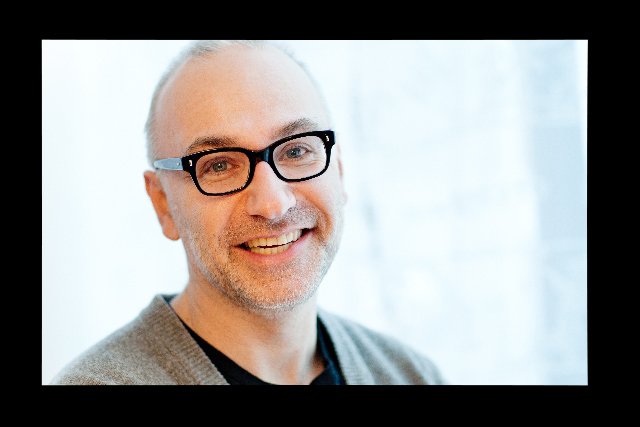 This article highlights the thesis work of Sander Busker who was one of the final graduate students to join the Grandér research group, and was a collaborative project between the Grandér group, the Chemical Biology Consortium of Sweden (CBCS), Elias Arnér laboratory (KI, MBB) and Brent Page (Assistant Professor, KI, ONKPAT). The author team has dedicated this article to the memory of Dan.

This project was initiated by the Grandér group’s Iryna Kolosenko and Katja Pokrovskaja who performed a high-throughput screen for molecules that inhibited STAT3 activity. Dysfunctional STAT3 signaling is found in 70 % of cancers and is a key factor for cancer development and progression. STAT3 inhibitors are widely sought as they should have promising cancer therapeutic potential.

From this screen, a series of promising compounds were identified, which were further optimized in collaboration with CBCS and Brent Page. Working diligently to characterize the anti-cancer activity of these compounds, Dr. Busker consulted with researchers from the Elias Arnér research group, who were quick to suggest that these molecules might be binding to Thioredoxin Reductase 1 (TrxR1) - an important regulator of cellular signaling events and one of the key research focuses of the Arnér group. The ensuing collaborative efforts firmly established that the inhibitors were binding to TrxR1, and inhibition of TrxR1 was in-turn blocking STAT3 activity.

Lead author Sander Busker clarifies, "Initially we were unaware of the relationship between TrxR1 and STAT3. We were searching for compounds that would specifically inhibit STAT3 in cancer cells, but the science pushed us towards TrxR1.  The compounds were working so well, that we really had to figure out why... even though this drew us away from STAT3."

“We decided to name the compounds after Dan Grandér giving them the designation “DG” in the paper,” Brent Page adds, “it was a natural thing to do, Dan founded this project and was an incredible mentor to so many of us in the author team.”

Katja Pokrovskaja Tamm, researcher at OncPat, is a long-standing member of the Grandér research group and has served as the deputy group leader after his passing. She explains “Since the very start of his career, Dan was keenly interested in the basic mechanisms of cancer development. He wanted to apply these basic research findings to develop novel treatment approaches. This work is an excellent example of such research, using basic cancer research to develop new compounds with promising anti-cancer activity.”

The authors have dedicated this study to the memory of Dan Grandér.

Due to its key role in cancer development and progression, STAT3 has become an attractive target for developing new cancer therapeutics. While several STAT3 inhibitors have progressed to advanced stages of development, their underlying biology and mechanisms of action are often more complex than would be expected from specific binding to STAT3. Herein, we have identified and optimized a series of compounds that block STAT3-dependent luciferase expression with nanomolar potency. Surprisingly, our lead compounds did not bind to cellular STAT3, but another prominent anti-cancer drug target, TrxR1. We further identified that TrxR1 inhibition induced Prx2 and STAT3 oxidation, which subsequently blocked STAT3-dependent transcription. Moreover, previously identified inhibitors of STAT3 were also found to inhibit TrxR1 and likewise, established TrxR1 inhibitors block STAT3-dependent transcriptional activity. These results provide new insights into the complexities of STAT3 redox regulation, while highlighting a novel mechanism to block aberrant STAT3 signaling in cancer cells.