Free minibus for dangerous goods on the road this autumn 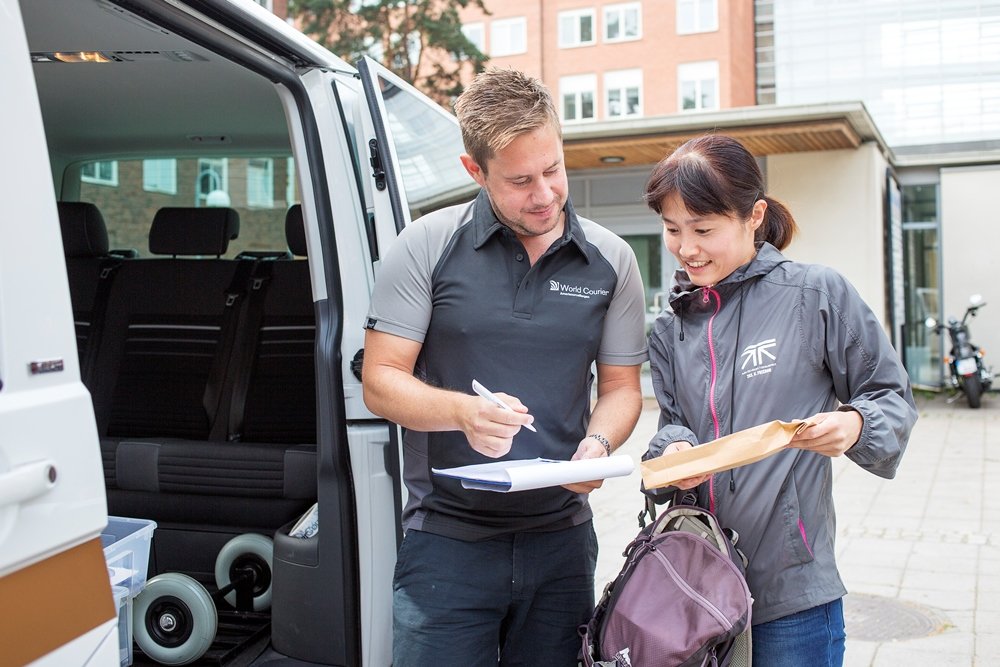 The announcement that dangerous goods were no longer allowed on the Solna-Huddinge shuttle bus drew howls of protest from KI’s labs. But now researchers can transport their material on the “slingbilen” (the Scientific Sample Shuttle) instead – completely free.

The minibus shuttle stops outside the Centre for Molecular Medicine in Solna at ten on the dot. Driver Peter Lundevall waits ten minutes, during which time a researcher shows up needing to transport blood samples and biopsies from two gastroscopies. The samples were taken that morning and need taking to Huddinge.

“I only heard about the minibus recently and this is the first time I’ve used it,” says Takami Ichiya, researcher at the Centre for Infection Medicine. “It’s a bit frustrating that it leaves at ten, though. If it left later, we’d be able to transport more samples taken in the morning and afternoon.”

Anna-Lee Cöster Jansén, main safety delegate at Karolinska Institutet and one of the drivers – figuratively speaking – behind the shuttle bus, is standing with us and is all ears:

“It’s good to hear comments like that,” she says. “If it’s needed we’ll try to change the timetable. The bus has to be of use to the researchers.”

Just over a year ago, a new contract was signed for the staff shuttle bus between Solna and Huddinge, and the new operator made it quite clear that no dangerous goods were to be allowed on board – and scientific samples are often hazardous, as is dry ice and liquid nitrogen.

“This drew howls of protest from the labs,” says Ms Cöster Jansén. “But we figured there was a risk that samples would be transported on the bus anyway. One option was for the researchers to order couriers, but the money for that would have to come out of their own research funds.”

So now, since May, there is a free minibus service for researchers between Solna and Huddinge. It will run until November, when the scheme will be evaluated.

“We won’t be able to keep the service if it’s not used,” says Ms Cöster Jansén. “But I know the need exists, so we hope that people will start to discover it.”

How to catch the bus: read more on internwebben.ki.se.