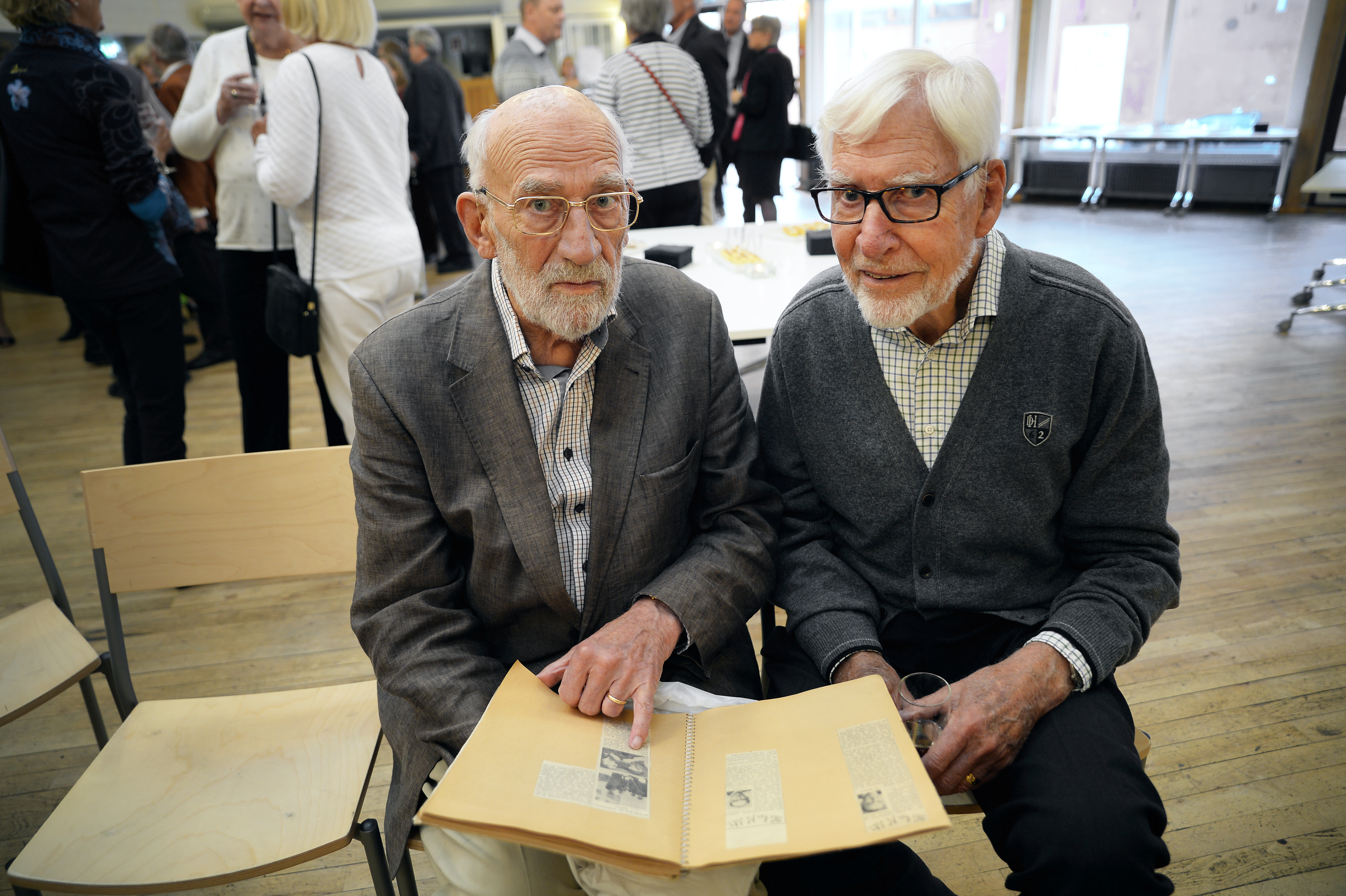 The Medical Students’ Union (MF) building on the Karolinska Institutet Solna campus desperately needs renovating, at an estimated cost of SEK 40 million. The union is now raising money to secure the building’s – and its own – future.

The MF building was last renovated in 1985, and is now in dire need of a facelift. Top priorities are to replace windows, renovate the auditorium and upgrade the sound equipment.

“If the building isn’t renovated, it will eventually be unusable, in which case what becomes of the union is anyone’s guess,” says MF chairperson Frida Hellström.

To deal with the problem, MF arranged an alumni get-together on a Sunday afternoon in early October to urge former KI students to empty their pockets – one of many ways that the union is hoping to finance the necessary work.

“Students need a place to meet”

Around fifty guests gathered at the stage to listen to firebrand speakers and enjoy the antics of Corpus and Flix, the union’s spex troupes. One of the speakers was Annika Östman Wernerson, dean of higher education at KI.

“I hope it’s only too obvious that former students of KI are serious about the demand for a functional, modern union building,” she says. “KI’s many programmes bring together students from around the country and all over the world, and they need a place to meet.”

Mandatory union membership was abolished in 2010, and since then the unions’ finances have shrunk, leaving them dependent on donations from foundations, companies and private individuals to keep their heads above water.

“We realise, of course, that our alumni can’t bankroll the entire renovation project,” says Ms Hellström. “But their interest and support mean that we can approach companies and foundations and show them that this is something that everyone at KI and in MF wants.”

The audience mainly comprised veterans and older alumni, including one-time fellow-students Göran Sterky and Ingvar Liljefors, who sat flicking through a seemingly faded yearbook from 1954, the same year they were at the official opening of the union building.

“Of course they need the union building,” says Mr Sterky. “It provides space for activities and has a good gasque room in the basement for dinner parties. But I think this fundraising drive won’t go well. I mean, there aren’t any companies here, are there?”

Even though only a few donations from private individuals have been made, Professor Wernerson remains upbeat:

“Contributions from KI alumni are important, not only in terms of the money itself but also because they send out signals to others who might want to donate to a decent, functional union building.”