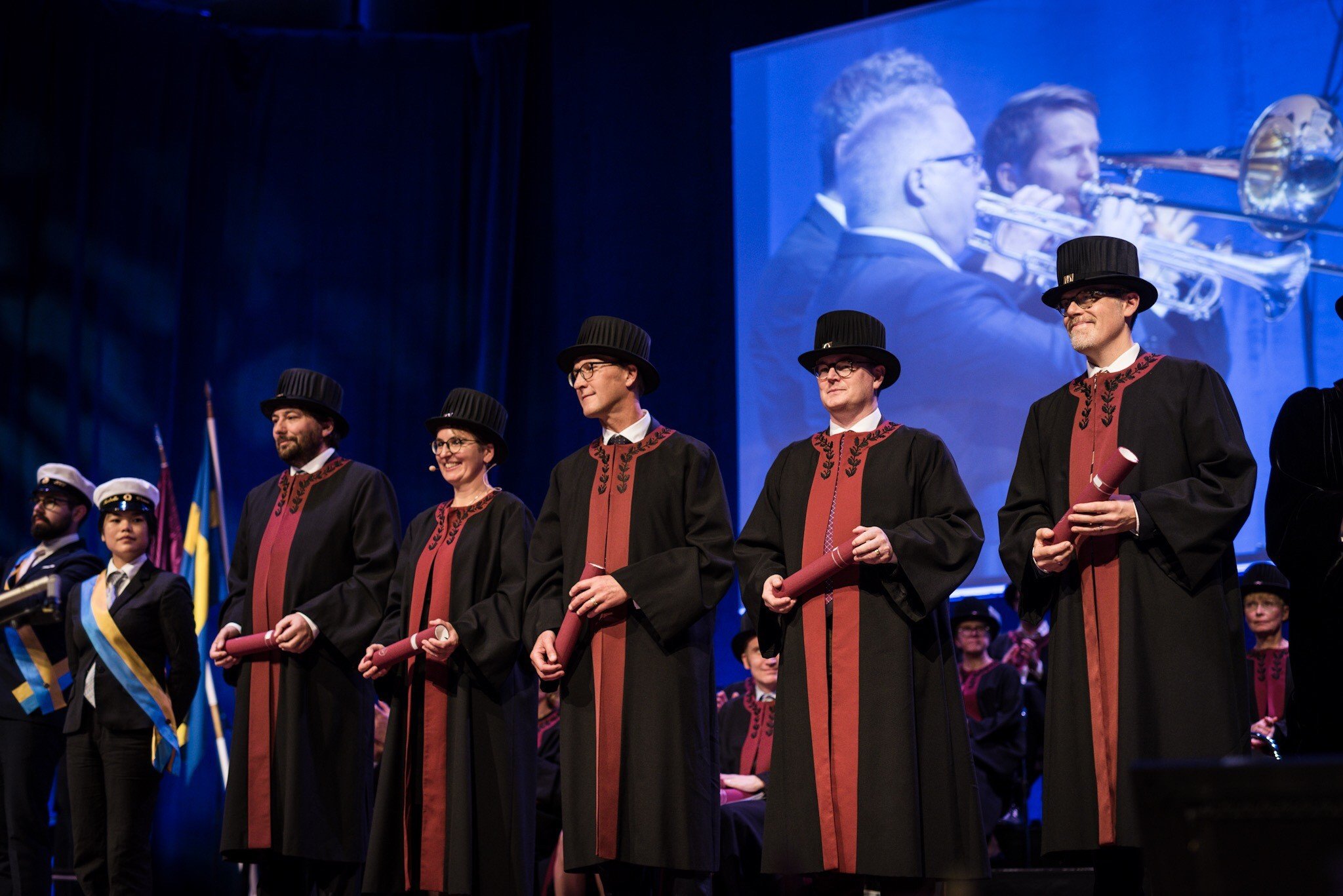 Prizewinners, new professors, visiting professors and adjunct professors gathered together on Thursday 12 October in Aula Medica on Karolinska Institutet’s campus in Solna. Many of them had brought along their families and friends to take part in the ceremonial occasion.

From the Department of Neurobiology, Care Sciences and Society, professors Angel Cedazo-Minguez and Johan Ärnlöv where installed, and Nicolas G Bazan was celebrated as a new Foregin Adjunct Professor.

Angel Cedazo-Minguez is conducting research into Alzheimer’s disease. He wants to understand how the metabolism of cholesterol and insulin in the brain contributes to the onset of the disease. In the long-term, he hopes to develop new diagnostic methods and treatments for Alzheimer’s, before the disease gives symptoms.

The purpose of Angel Cedazo-Minguez’sresearch is to understand how known risk factors contribute to the causes of Alzheimer’s disease. He is hoping that the research will result in new methods for detection of disease in the pre-stages and prevent it from actu­ally giving symptoms.

“If we know which mechanism are involved and how they result in neurodegeneration, we will have a foundation from which we can create molecules that can prevent the process,” he explains.

Johan Ärnlöv is researching into the interaction between the kid¬neys and the cardiovascular system. It has been known for a long time that severe kidney disease is associated with a large increase in the risk of cardiovascular disease. However, relatively recent knowledge shows that even very mild signs of kidney damage gives a markedly increased risk.

“Today, we know that five to ten percent of the population have impaired kidney function and, therefore, a higher risk of cardiovascular disease,” Johan Ärnlöv comments. “This percen-tage will most probably become even higher in the future, not only because people are living longer but also because obesity and type 2 diabetes are becoming more common.”