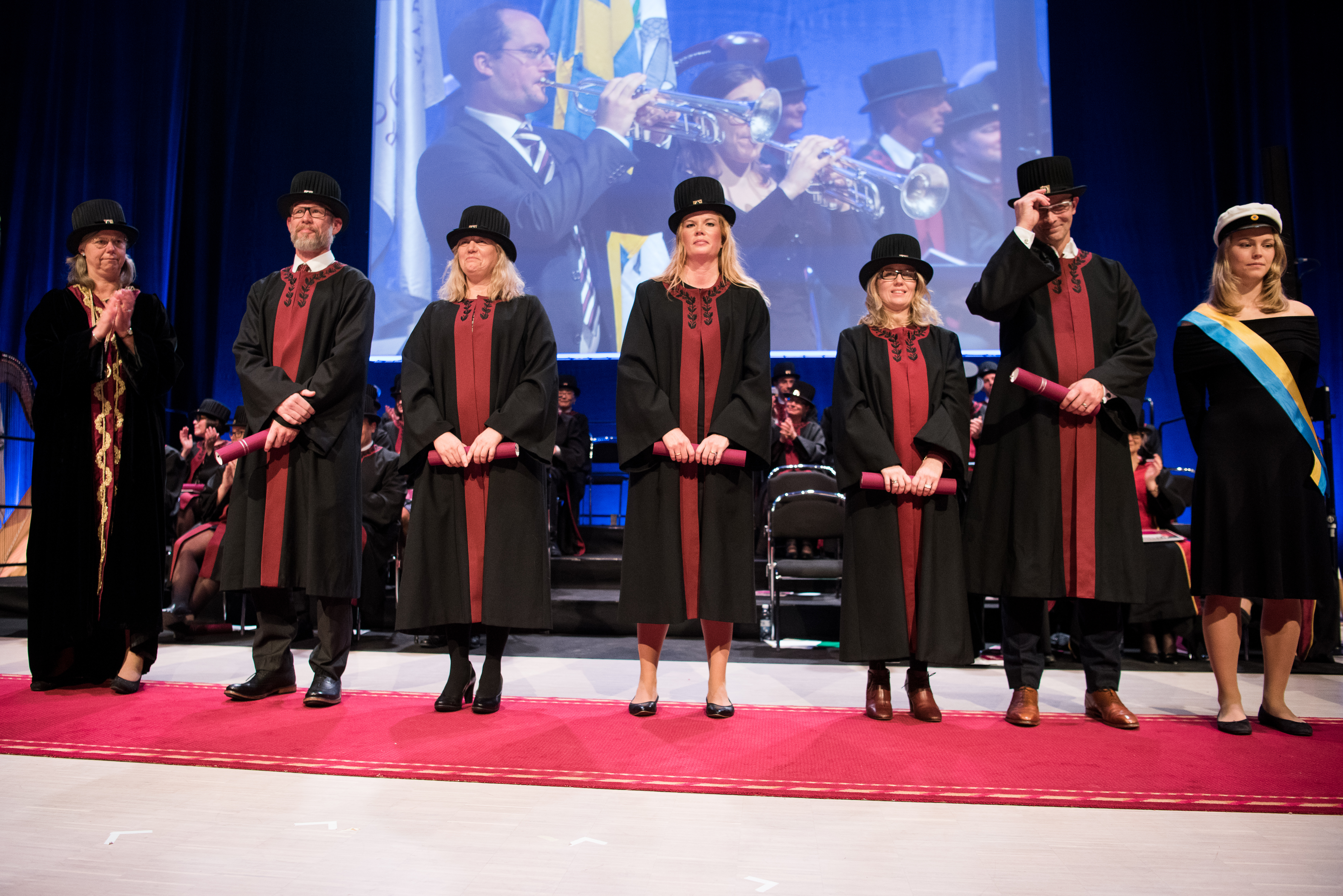 On Thursday 13 October, Karolinska Institutet held its annual installation ceremony in honour of its new professors and the scholars who have recently received awards for their achievements at KI and in medical research.

Aula Medica on the KI Solna campus was the venue for the ceremony, at which 20 new professors were installed by KI’s acting vice-chancellor Karin Dahlman-Wright. Visiting and adjunct professors were also given a warm welcome to KI during the proceedings.

As we age, we are more likely to suffer adverse reactions to medications. This is due both to the fact that increasing age correlates with more co-morbidities and medication use, and to age-related physiological changes, such as slower excretion of drugs from the body and a greater sensitivity of the brain to drug effects.

Kristina Johnell researches drug use in the elderly population, what consequences it has and how it can be improved.

Mika Gissler, Visiting Professor in General Practice, was also celebrated during the ceremony, together with several new visiting professors and adjunct professors. His principal position is Research Professor at the National Institute for Health and Welfare in Helsinki, Finland.

Mika Gissler plumbs deep datasets for information on a range of healthcare issues, from childbirth to mental health to healthcare services. He has worked with health and welfare registers in Finland, Sweden, Norway, Denmark and Iceland, as well as several other countries. Of late, Gissler’s research has followed large groups of people over long timeframes, from before birth through adulthood. He and his colleagues are currently analyzing data from the 1987 Finnish Birth Cohort, which followed 60,000 children born in 1987 until 2012. The data include the children’s health at birth, their parents’ socioeconomic status, and more. The researchers hope to find connections between individuals’ prenatal and early life situations and their health and social coping mechanisms later on, in adolescence and early adulthood. Gissler and his fellow researchers recently began a new birth cohort study of children born in 1997.

During the ceremony Professor Agneta Nordberg, at the Division fo Translational Alzheimer Neurobiology, and Professor Emerita Elisabeth Olsson, a former NVS co-worker, were celebrated being two of the award winners of the Karolinska Institutet´s Grand Silver Medal 2016.

The medal is awarded to individuals in special recognition of the outstanding contributions they have made to medical research and Karolinska Institutet.

Read more about this year's recipient of the Great Silver Medal here.