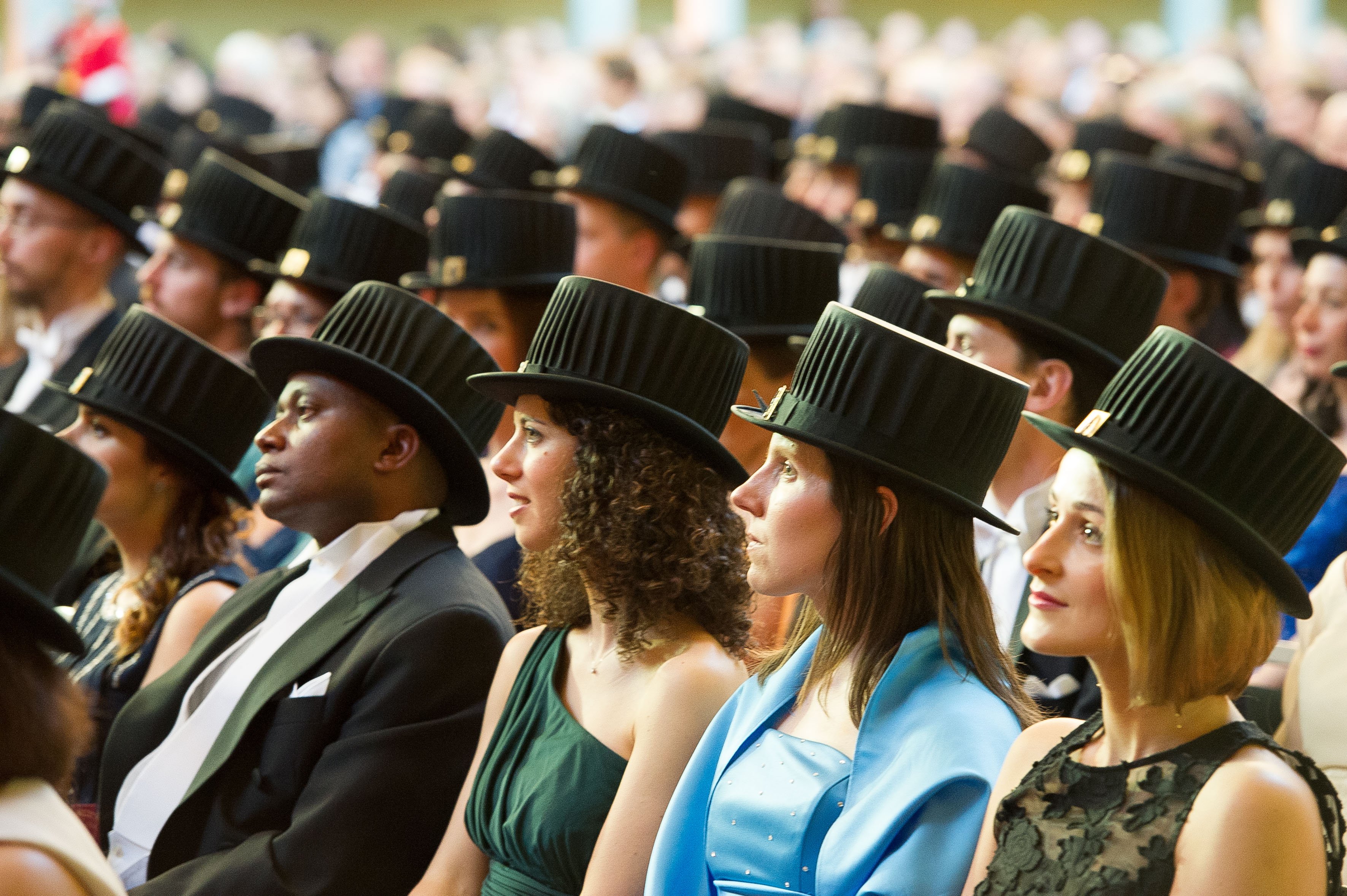 With a nod to Norway, this year’s spring conferment ceremony took place in Stockholm City Hall on 12 May to the tune of “En liten Fuggel” sung by Adolf Fredrik’s boys’ choir. The doctors and honorary doctors then donned their hats to the canon salute from the City Hall waterfront.

Karolinska Institutet’s vice-chancellor-elect Ole Petter Ottersen comes from Oslo University, and even though he did not attend the ceremony was welcomed in his absence by the choir and in the speeches. Acting Vice-Chancellor Karin Dahlman-Wright, who spoke for the last time in this capacity during a conferment ceremony, advised the new vice-chancellor that the student ushers, who make the ceremony run so smoothly, are a key to success.

The ushers also guided each of the 150 new doctors, leading them to the marble stairway in the Blue Hall where the conferrer, Dean of Doctoral Education Marianne Schultzberg, had the privilege of presenting them with their hats and diplomas in celebration of their achievements in having successfully defended their theses.

Tribute was also paid during the evening to the two new honorary doctors of medicine at Karolinska Institutet: Professor Francis L. Demonico, a champion of ethical organ donation and opponent of human donor trafficking; and doctor and researcher Margaret A. Liu, who was involved in fundamental discoveries in gene activity and the immune system that are important to the development of vaccines and immunotherapy. Their honorary doctorates were conferred by Dean of Research Anders Gustafsson.

Soprano Saara Rauvala, mezzo Karin Osbeck, tenor Willian Davis Lind and baritone Caspar Engdahl accompanied by Majsan Dahling at the piano provided the entertainment during the ceremony and ensuing banquet in the Golden Hall. The ceremony concluded with a parade, with the assembled doctors and standard bearers exiting the hall to the tune of the Star Wars theme.