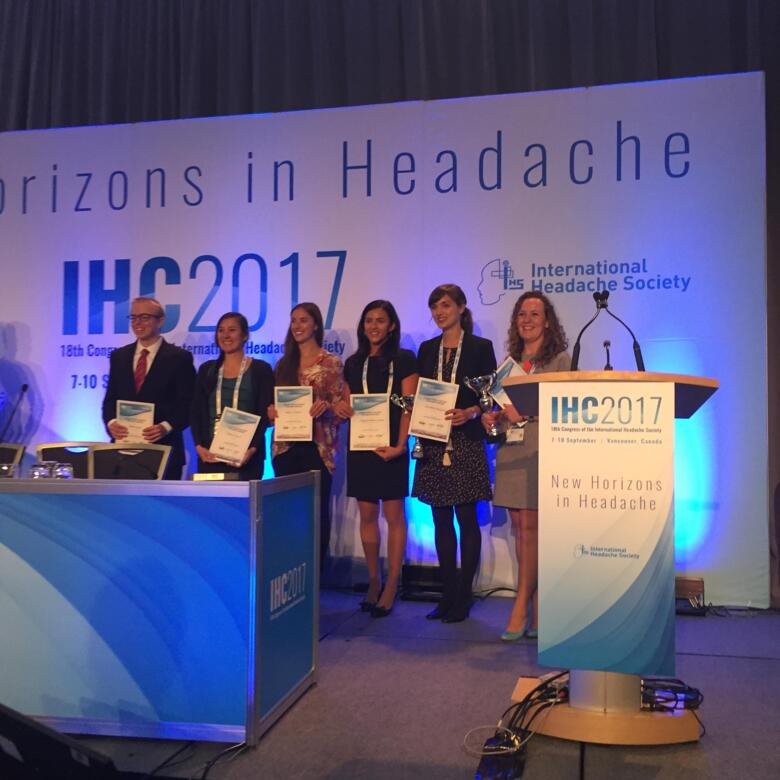 Caption:
Carmen Fourier among other laureates at IHC2017 (the 18th Congress of the International Headache Society) in Vancouver, Canada. Photo: Private

Carmen Fourier, PhD student at the Department of Neuroscience, participated in the "Headache Trainees Excellence Tournament" at the international conference IHC2017 (18th Congress of the International Headache Society) which took place in Vancouver earlier in September this year. 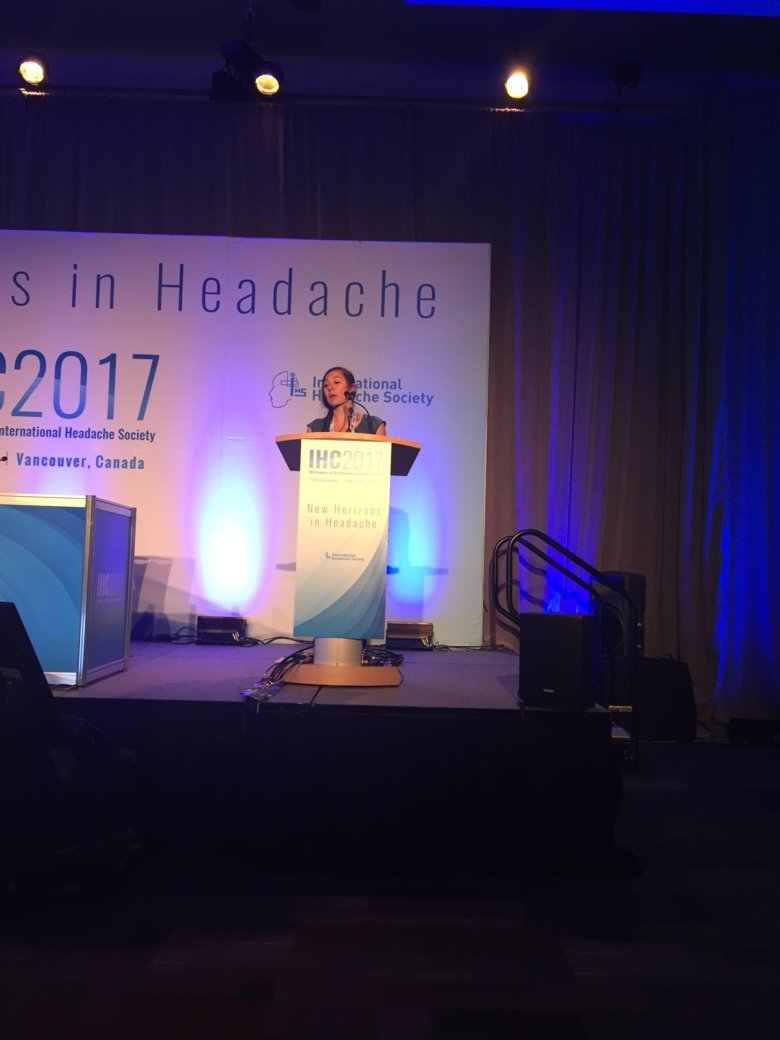 Cluster headache (CH) is a devastating neurovascular disorder characterized by a striking circadian and circannual attack pattern. Genetic studies suggest an association between CH and the CLOCK gene, which has a critical role in the generation of circadian rhythms. Other key regulators of the circadian clock are for example cryptochrome (CRY) 1 and 2. The genes encoding CRY1 and CRY2 have been reported to be associated with several neurological disorders, such as depression, bipolar disorder, and schizophrenia. In this study, we investigated a possible association of the CRY genes with CH.

We screened 518 CH patients and 581 controls for four different single nucleotide polymorphisms (SNPs) in the CRY genes (rs2287161 and rs8192440 in CRY1, rs10838524 and rs1554338 in CRY2) using pre-designed TaqMan® assays and compared genotype, allele, and haplotype frequencies between the two groups. In addition, we analyzed CRY1 gene expression in fibroblasts, obtained from 12 CH patients and 8 controls, using qRT-PCR.

We found an association between the exonic CRY1 variant rs8192440 and CH on the allelic level (P=0.0048). The minor allele A is more common in controls than in CH patients. The association becomes even stronger when stratifying the patient group for diurnal rhythmicity of attack occurrence (P=0.0036). When comparing CRY1 gene expression levels between CH patients and controls, the relative CRY1 gene expression was significantly higher in CH patients (P=0.0001).

A genetic variant in CRY1 which leads to a synonymous amino acid change in the CRY1 protein is associated with CH in our Swedish case-control material. The minor allele of this SNP seems to be a protective factor. Furthermore, CRY1 gene expression levels are significantly higher in CH patients compared to controls. By which mechanisms rs8192440 may affect the CRY1 gene remains to be determined. Increased CRY1 expression may trigger the periodically reoccurring CH attacks in a yet unknown manner. Although a lot more research needs to be done, this study points to a role of the clock gene CRY1 in the pathophysiology of CH.