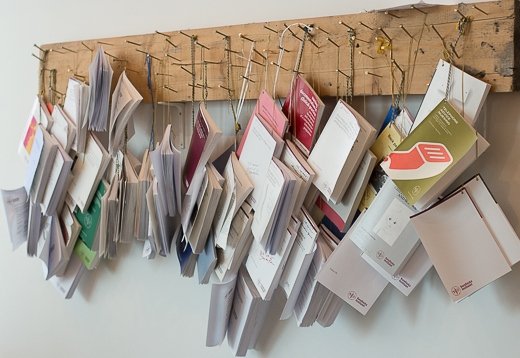 What might attractive career systems that promote good research look like? This was the subject of the mini-symposium on “Excellent Academic Career Systems in Europe” held at KI on 3 June.

The mini-symposium on career systems arranged by KI’s Junior Faculty, an interest organisation of researchers with a PhD but as yet no professorship, and the journal Nature Genetics attracted a great deal of interest. Speakers from Europe and the US were there to talk about different solutions and experiences gained from their own countries.

Stina Gerdes Barriere from the Swedish Research Council talked about how academic career paths had changed over the past 20 years, during which time the number of people working with research and education has outstripped the research appropriations. The sharpest increase has occurred in the category of junior researcher, and according to the council’s own research, career advancement for recent graduates is much slower than for previous generations; in other words, it takes those who want to continue researching longer to obtain a tenured academic position.

That Swedish academia needs clearer career paths was something on which everyone attending the symposium agreed. But what can decent career systems look like, what are they to prioritise, and at what level are they to be organised and financed? Many of the afternoon’s speakers talked on the tenure-track system, with evaluations at fixed times and permanent job offers for researchers meeting expectations. Iain Cameron from Research Councils UK talked about how universities in the UK all have different systems. Recently, a couple of universities have implemented what they term a “tenure-track equivalent” programme. Germany is also without a general career system, noted Sven Diederichs from the German Cancer Research Center DKFZ and the Institute of Pathology at Heidelberg University. Many universities operate a tenure track, but they differ from place to place.

“My main point is that the most important decision is the one taken at the start when recruiting a tenure-track researcher: do we really have the resources for giving them a permanent position, and do we believe that they have the potential to become a successful, independent researcher?” said Sven Diederichs, who also spoke about the importance of having a fair, transparent and well-balanced evaluation process in place in the system.

Thomas Bjørnholm, prorector of research and innovation at Copenhagen University, shared his own experiences of implementing a tenure-track system. The model is inspired by California’s Berkeley University and has brought about considerable changes in organisation and in attitudes to Copenhagen University. The positions are for six years, with evaluations after five. Six-year positions were also something that both the Junior Faculty and Dean of Research Hans-Gustaf Ljunggren saw as interesting alternatives when talking about their different ideas about what a future career system at KI might look like.

After the presentations, the speakers engaged in a panel debate with representatives of the Young Academy of Sweden and the National Junior Faculty of Sweden on the difficulties of assessing a researcher’s potential so early as directly after a postdoc period. Interviews were mentioned as a way of obtaining some idea of a researcher’s independence. The applicant’s publication history and research programme were other criteria that the panel deemed important. There was also general agreement that the evaluation criteria had to be clearly defined from the start.