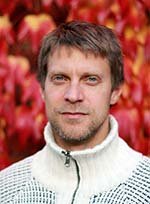 The American Statistical Association (ASA) announced on May 16 that Arvid Sjölander, associate professor at Karolinska Institutet, is one of two recipients of the 2016 Causality in Statistics Education Award.

The award was established in 2013 by Judea Pearl, professor of computer science and statistics at UCLA, it recognizes the work of an individual or team that enhances the teaching and learning of causal inference in introductory statistics coursework. The award will be presented to the recipients at the 2016 Joint Statistical Meetings (JSM 2016) this July in Chicago.

The ASA writes "Arvid Sjölander is being recognized for teaching a one-week introductory course for doctoral students in epidemiology on causal inference that covers fundamentals of causal inference, counterfactuals, causal diagrams, confounding, mediation and colliding and advanced estimation techniques such as inverse probability weighting and marginal structural models. He also conducts a one-day course in causal diagrams for medical doctors at KI’s Research School, where students learn about problems with traditional covariate selection strategies, and how causal diagrams can be used to formulate better strategies."

Read more about the award