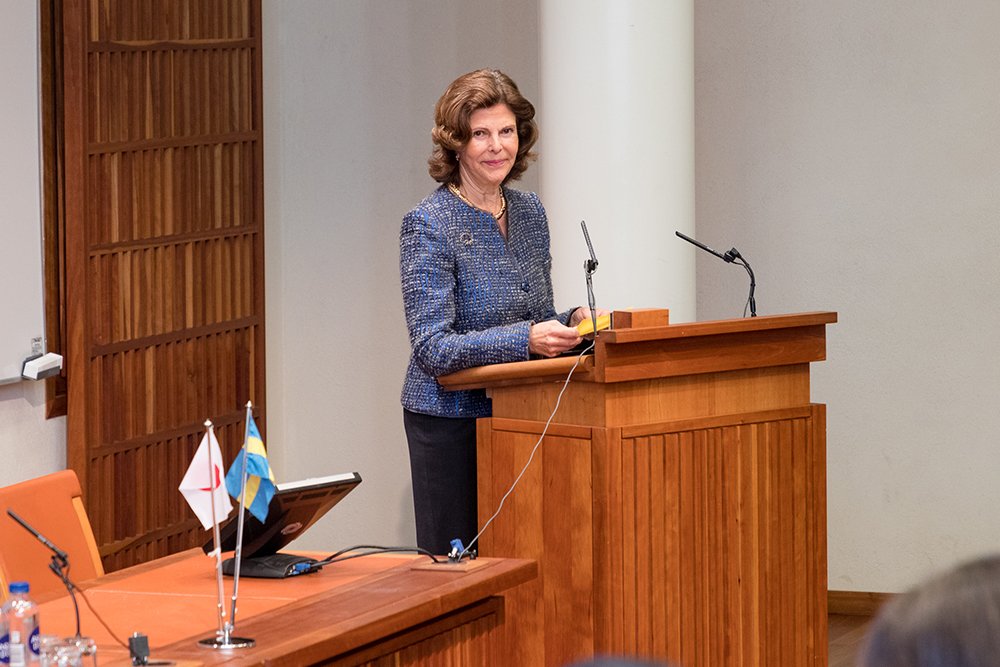 How can research help a society handle matters connected to an ageing population? This issue was discussed at a workshop held to mark the start of a collaboration between three of Stockholm’s academic institutions and the University of Tokyo.

Both in Sweden and Japan more and more people are living to an increasingly old age, and this raises important questions, like how to guarantee access to healthcare and how to finance pensions. Other important issues are how we can stay healthy for as long as possible and how homes for the elderly can best be designed.

A workshop titled “Active ageing” was arranged on 21 September in KI’s Nobel Forum by KI, Stockholm University (SU), the Royal Institute of Technology (KTH) and the University of Tokyo. The event was part of the visit that a delegation from Tokyo is making to Stockholm in order to sign a collaboration agreement with KI, SU and KTH.

Karolinska Institutet’s Vice-Chancellor, Ole Petter Ottersen, welcomed the delegates to this first official part of the programme. The University of Tokyo’s Executive Director and Vice President, Mamuro Mitsuishi, reminded participants that in 2018 Japan and Sweden will be celebrating 150 years of diplomatic relations, and that this new partnership serves to strengthen the bond between the countries and is a possible catalyst for new collaborations.

The Queen of Sweden sees much potential for collaborations

Queen Silvia opened the workshop with a speech in which she said that matters related to ageing, and how society handles them, are important to both Sweden and Japan. The Queen also mentioned her own commitment to such issues: for two decades, the Queen has worked to raise awareness of how to build a society that cares for its elderly citizens in the best way possible. Amongst the initiatives to which the Queen has contributed is Silviahemmet, which trains dementia care workers. Queen Silvia then concluded her address by saying that Sweden and Japan have much to learn from each other and that this new collaboration opens up considerable opportunities.

The University of Tokyo prioritises Stockholm

In 2014, the University of Tokyo adopted a strategy to establish strategic partnerships with leading academic institutions around the world, university Vice President Naoto Sekimura told the workshop participants. In addition to KI, SU and KTH, such priority partners include Berkeley, MIT and Cambridge.

The collaboration will centre on research and education under the watchwords excellence, interdisciplinarity and social relevance. The focus will be on three prioritised areas: health and medicine; energy, resource use and climate change; and economic equality.

The first researcher to speak was Livia Oláh, Associate Professor in Demography at SU, who stated that an ever-growing share of the global population is over the age of 65. Japan has one of the fastest ageing populations in the world, and also has a lower birth rate than Sweden.

The relatively high rate of childbirth in Sweden is linked to the large number of women who works, this made possible by the country’s family policy supporting the combination of work and family for both woman and men. One of the most important political measures that facilitates this combination lifestyle is childcare, Livia Oláh stated. She emphasised that a sustainable societal development requires a balanced age structure, with childbirth being a key part of maintaining this balance.

Laura Fratiglioni, Professor at KI within the field of Medical Epidemiology specialising in dementia diseases, raised the issue that healthy ageing is possible and already a reality. The challenge, she said, is to make sure it stays this way.

The population studies that have been conducted in Stockholm show that approximately 50 percent of the 90-year-olds say they are relativity healthy. Moreover, the statistics show that the risk of suffering from a cardiovascular condition or dementia has declined in recent decades. If this trend is to continue, it is important for people to, amongst other things, be physically active, maintain social relations and refrain from smoking.

During the day, speakers from the four universities addressed different aspects of ageing from three general perspectives: the biophysical, the biomedical and the social scientific. The agreement will be signed on 25 September by the collaborators at a ceremony to be held at SU.