A majority of new students have KI as their first choice 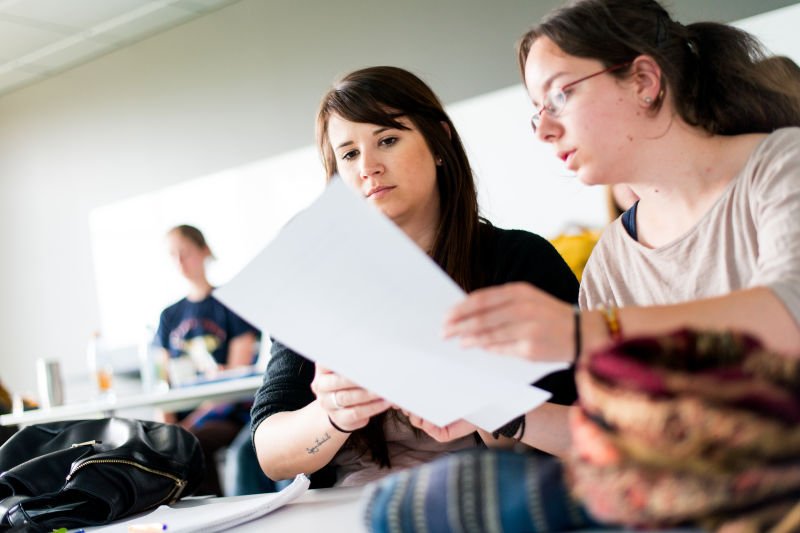 A majority of new students at Karolinska Institutet have KI as their first choice. This was shown in a survey taken in in the autumn 2017. And the interest in studying at KI is consistently high compared with the average for universities and university colleges.
“It is very gratifying to see that confidence in education at KI is still high,” says Annika Östman Wernerson, Dean of Education.

What students are these, why do they choose to study at KI and what plans do they have for the future? These questions are answered in a student survey every other year at Karolinska Institutet, KI.

“Confidence in education at KI has been increasing rather than decreasing,” says Annika Östman Wernerson, Dean of Education at KI.

The survey has been taken since 1999, which means that trends over time can be seen, and according to Annika Östman Wernerson, this is important.

“The survey is part of a total quality system. The idea is also that the results can be seen in relation to other evaluations, such as that which is made when students leave KI,” she says.

The results of the survey help KI to adapt its information to students’ needs,

“We want to see where our students come from. Have they studied before, what is their socio-demographic background, were their parents born abroad? It is interesting to see how they found us, what their most important sources of information are,” Johanna Bäckström says, Head of the Student and Career Service Unit, Education Support Office.

The survey shows that most of the students, 71 per cent, are women. The average age is 24.3, but there are great differences between programmes. The psychotherapists have the highest average age, 40.5, while the candidate programme in biomedicine has the youngest students, at 20.7. Just under a third, 29 per cent, were born abroad. This is the highest percentage since the survey began.

“It is a very valuable thing that more foreign born students are applying for the programmes. Students from more varied backgrounds reflect society as a whole and can contribute to our work on diversity and internationalisation of education,” says Annika Östman Wernerson.

Information from friends and family is important

Many students come from an academic family: 66 per cent have one parent with an academic examination, while 36 per cent come from homes where both parents are academics. The website is the most important information channel for information about education at KI, but the survey shows that friends and family are also important.

“It is interesting that information from friends and family is so important. This may be because many of the students come from academic families. We can think about what information channels we can develop to broaden recruitment,” says Annika Östman Wernerson.

Since the start of the 2000s it has become less common for students to take a summer job or gain some professional experience before studying. Around a third of this year’s students have done so. This sets some special demands on the education programmes and according to Annika Östman Wernerson it would be an advantage if more tried working in the area that they will be studying.

“It is a general trend in all universities that we are seeing more drop-outs. Part of the reason for this may be that students did not really understand at the beginning what the education and work involves,” she says.

Interest in research has declined

In terms of the future, 45 per cent of the students were interested in studying abroad and 18 per cent were seriously considering working abroad. 23 per cent were planning a career in research. Interest in research has declined over the years the survey has been performed.

Information from KI, the education and the students’ union scored well overall. But many pointed out in their comments that it was difficult to find KI’s website and the learning platform Ping Pong.

“We will be replacing the learning platform. A new platform was procured just before the survey. We are also working on improving the websites that are aimed at students,” says Annika Östman Wernerson.

The survey an invaluable resource according to the students' union

It is valuable for the students’ union that there is a student survey.

“We can find out who chose to study at KI and why they did so. That makes it easier to sell KI as a university and as a brand. The survey is also an invaluable resource for evaluating how new students are welcomed,” Pontus Dannberg says, Vice Chair of the Medical Students’ Union.

The Medical Students’ Union helps to organise the introduction and get-together camp, popularly known as “kollot”, which was scored very highly by the students this year. As many as 89 per cent rated this as good or very good. Kollot was more appreciated than, for example, KI’s general welcome day, which also scored highly.

But there are differences between the various programmes. For example, fewer speech therapists participated in kollot and those that did gave lower marks than the others.

“This kind of thing is useful to know, so that we can improve how students are welcomed. Next time, we can see what we can do to attract more participants form the speech therapy programme,” Pontus Dannberg says.

“Those who study to become midwives, speech therapists and nurses are almost exclusively women. This may have its roots in an old world view and assessment of who does what kind of job. It is sad to see that KI has not succeeded in countering the uneven gender distribution in these programmes.”

About the student survey 2017

Interest in studying on Karolinska Institutet’s educational programmes is consistently high compared with the average for universities and university colleges. This is shown by statistics from the Swedish Higher Education Authority (UKÄ). Application demand is measured in the number of first-choice applicants per place. For example there were 12.6 first-choice applicants for every place on the medical programme before autumn 2017*, compared with an average of 7.1 for all other educational institutions. One programme that stands out as having a lower application demand than others is the psychology programme.

Application demand for some of KI’s educational programmes. The figure in brackets is for all universities.

*Statistics from the University and Higher Education Council for the spring 2018 are not yet complete, therefore statistics from HT2017 are reported above.