10 million citizens in Sweden and counting 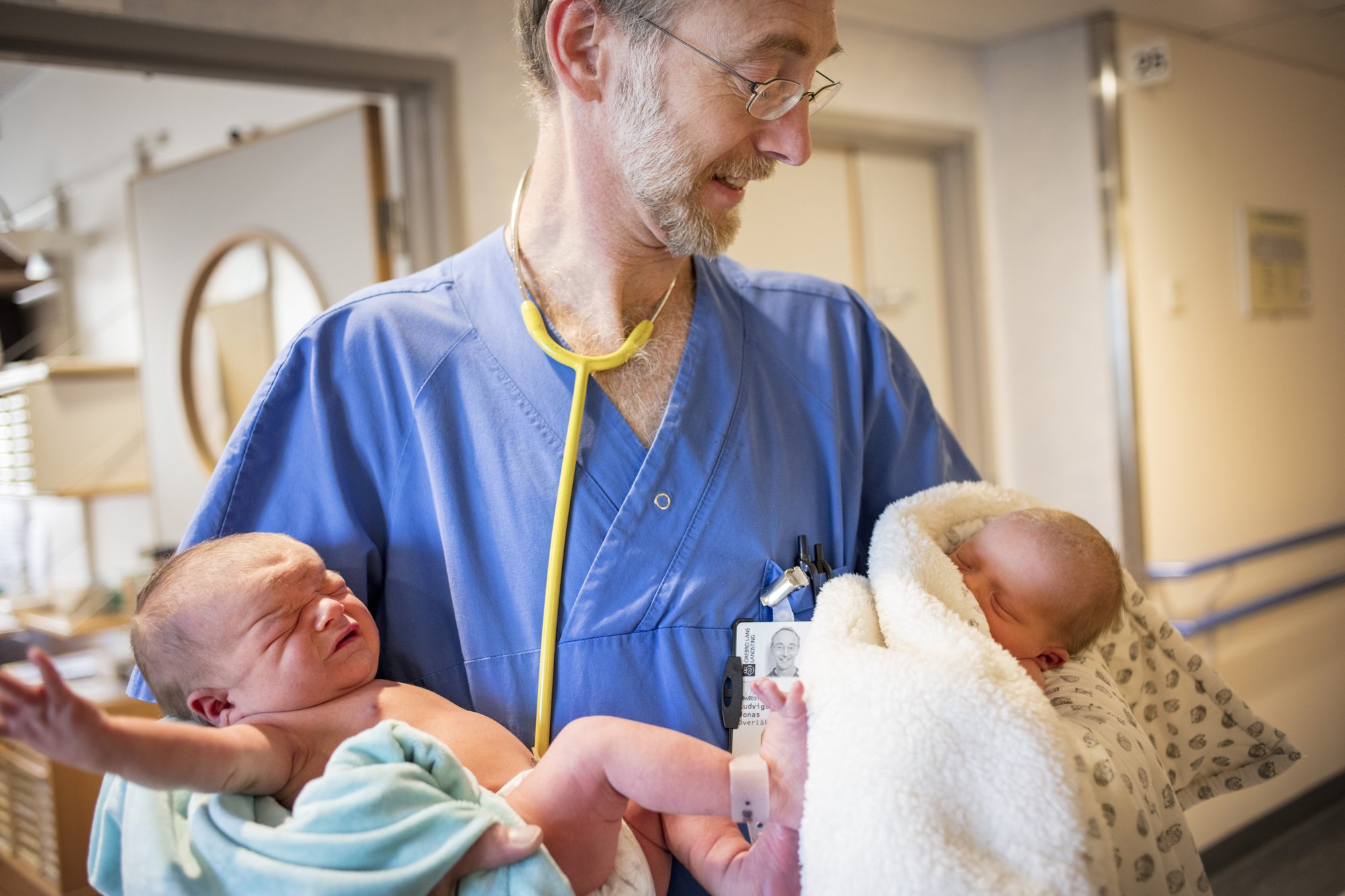 Friday 20 January 2017 was a historic date.
It was the day when Sweden’s population surpassed ten million.
“It didn’t take as long as we thought,” says Professor Jonas F Ludvigsson at the Department of Medical Epidemiology and Biostatistics at Karolinska Institutet.

We met paediatrician professor Jonas F Ludvigsson at the maternity hospital in Örebro as he held up Lova Henriksson and Olle Lööf-Norrström who had just helped make Sweden’s population ten million.

Professor Ludvigsson is the main author of a review article about the Swedish population that was published in the European Journal of Epidemiology.

The registers make up what is commonly known as the population clock, which Statistics Sweden used to calculate that 20 January 2017 was the date when Sweden’s population would pass the ten million mark.

But the population clock is ticking faster than it used to.

In 2006 the forecast was that the population would reach ten million in 2029.

But we reached it 12 years earlier.

Is it because the registers have become so much more efficient than they were in 2006?

“The registers are certainly improving all the time and registrations will soon be made faster than within 30 days, but the answer naturally lies elsewhere,” says Jonas F Ludvigsson.

“Between 2010 and 2015 Sweden had the second fastest growing population in the EU, with an average of four per cent a year, compared to the other countries, where the average was one per cent.”

“Birth rates are high and people want to come here and apply for citizenship. We haven’t looked into why but we have some theories. It’s quite simply related to the fact that Sweden is doing well.”

So you could compare a graph of reduced interest rates with one of the number of children born?

“Ha ha. That might not be entirely wrong. But there are also a lot of other factors. When times are good, people might well choose to have that extra child. Child benefit and parental insurance also play their part. And we mustn’t underestimate the equality aspect with paternity leave and attitudes in the home. These days, more women can feel secure in not having to bear the whole load themselves.

So greater equality leads to a larger population?