Social media platforms provide organisations that use animals in research with ways to engage with the public that are far more interactive than information on websites or in traditional media outlets like newspapers, TV and radio. We can answer questions, correct misinformation and have conversations, as well as providing information in accessible formats that people are happy to share through their own networks.

In this webinar, Wendy Jarrett will share some examples of how Understanding Animal Research and its member organisations have engaged with the public via social media, and will discuss how conversations differ across the various channels.

Wendy Jarrett, Chief Executive, Understanding Animal Research, London, U.K. She studied Classics, Philosophy and Ancient History at Oxford University and has focused on science and health communication for most of the past 30 years. She led the development of the Concordat on Openness on Animal Research, as well as setting up the European Animal Research Association (EARA), a body which facilitates communication around animal research across Europe.

Wendy sits on the Board of EARA and is a member of the UK’s Animals in Science Committee.

The Animal Rights Alliance (Djurrättsalliansen) is currently running a campaign to “retire” five monkeys used for research at KI. The campaign includes appeals on social media and distribution of leaflets on the Solna campus. KI uses monkeys for medical research, such as that conducted for vaccine development, when no other options are available.

The ARA’s “Save the KI monkeys” campaign revolves around five crab-eating macaques that have been at KI since 2009.

The ARA are leafleting staff and students outside the KI Solna campus during the first week of September. They will also be demonstrating outside the Astrid Fagraeus laboratory (KM-F) in Solna on Friday 3rd September.

KI has used primates for medical research for many years, but as a last resort for research on medical concerns such as severe communicable diseases. A current example is research on drugs and vaccines for COVID-19.

The use of animals in scientific research is strictly regulated by Swedish and EU animal protection legislation. To conduct animal research in Sweden, for instance, scientists must apply for a permit from a regional animal research ethics board, which weighs the effects on the animals against the scientific benefits. 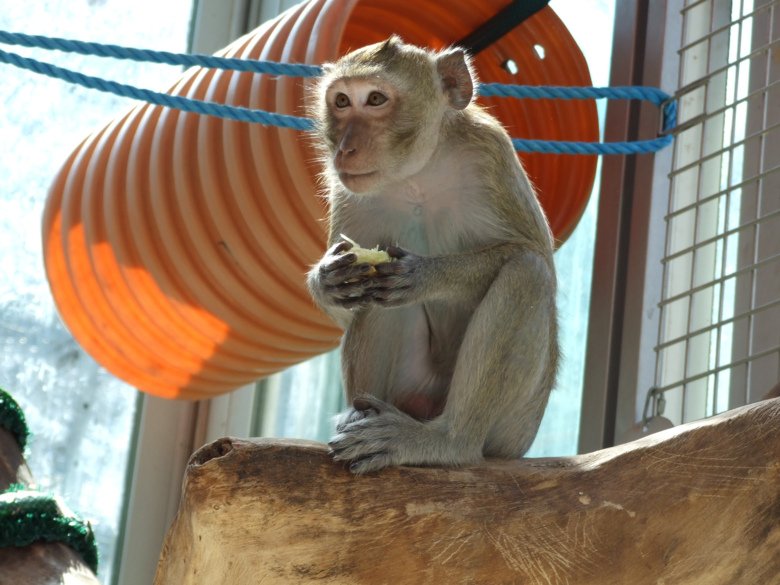 KI’s primates are kept in large spaces fitted out to cater for their natural behavioural and social needs. All personnel involved in animal research and animal handlers at KI are obliged to undergo basic and, depending on role, further training in laboratory animal science.

Much important work is being done to reduce the number of animals used in medical research, to improve techniques and to replace animal research with alternative methods.

If you have questions regarding animal experiment in resarch, please contact registrator@km.ki.se.

Event type
Lectures and seminars Webinar: A review of intraperitoneal injection of sodium pentobarbital as euthanasia method in laboratory rodents

Autoantibodies: a possible contributor to fibromyalgia 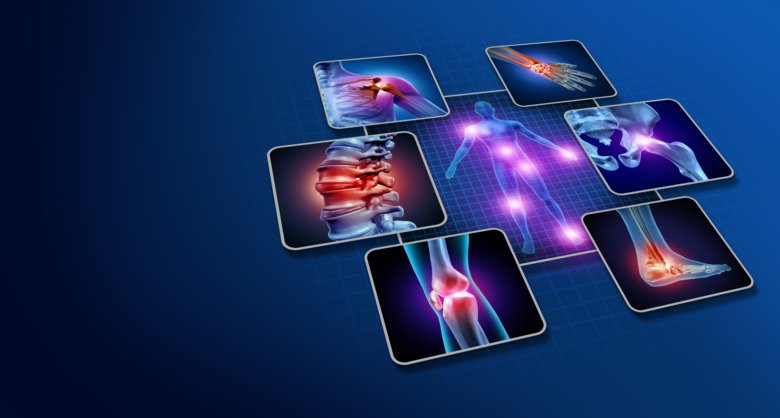 Researchers at Karolinska Institutet and their British colleagues have identified a possible contributory cause of fibromyalgia, a difficult to treat pain condition. In a study on mice and human tissue, the researchers found that fibromyalgia patients’ antibodies played a key part in symptom development. The results, which are published in The Journal of Clinical Investigation, pave the way for developing new treatment strategies. 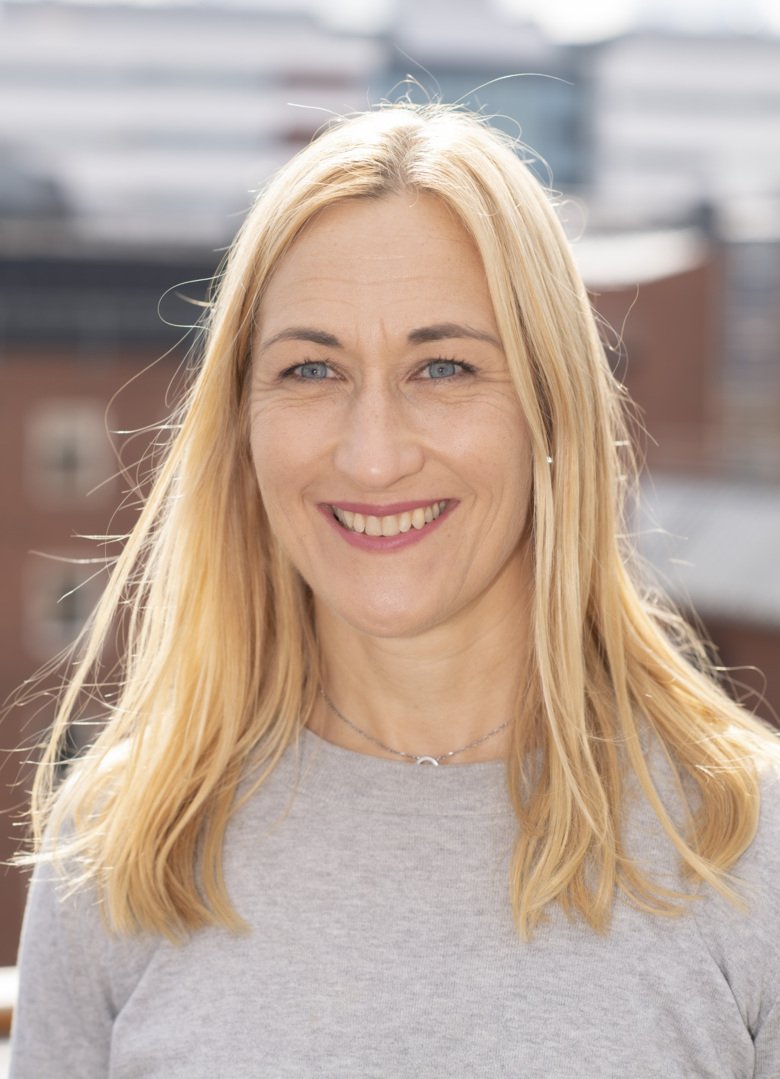 “Our study suggests that there is an autoimmune component to the symptomatology of patients with fibromyalgia and that these patients’ antibodies bind to glial cells that are part of the peripheral nervous system,” says Camilla Svensson, professor at the Department of Physiology and Pharmacology, Karolinska Institutet, and one of the paper’s corresponding authors. “This is an important discovery that calls into question the traditional view of fibromyalgia as a disease of the central nervous system only.”

Fibromyalgia affects an estimated 2 to 4 percent of the Swedish population, and the vast majority of patients are women. The condition is characterised by persistent tenderness, chronic fatigue, insomnia and enhanced sensitivity to pain. People with fibromyalgia can be hypersensitive to cold and often experience pain from stimuli that others deem painless.

Despite the fact that the syndrome has been studied since the early 1900s, there is still no effective medical treatment for most patients with fibromyalgia. It is also quite common for sufferers to be met with ignorance and suspicion from others, including medical professionals.

The causes of the disease are largely unknown. Earlier studies have shown that changes in how pain signals are processed in the central nervous system are involved and that people with fibromyalgia have elevated levels of certain inflammatory substances in the cerebrospinal fluid. Research has also shown that more than half of those affected have increased activity in the thin pain nerve fibres and fewer nerve fibres in the skin.

In this current study, the researchers wanted to investigate if the immune system was a possible causal factor of the disease symptoms, given that the disease is more common in people with autoimmune diseases (i.e. diseases in which the immune cells produce autoantibodies to one’s own body).

The researchers isolated antibodies from patients with fibromyalgia and healthy controls and injected them into mice. They then tested the sensitivity of the mice by assessing the lowest pressure and temperature at which they would either flinch or withdraw their paw. The researchers found that mice with fibromyalgia antibodies became more sensitive than those that had received control antibodies. They also moved less than the other mice, had less muscle strength in their paws and had a reduced number of nerve fibres in the skin.

In studies on human tissue and cultured cells, the researchers also identified which cells the autoantibodies likely operate through. They discovered that the fibromyalgia antibodies bind to satellite glial cells, a type of cell that enwraps the neuron cell bodies in the parts of the peripheral nervous system called dorsal root ganglia (sensory nerve clusters along the spinal column). The antibodies from the fibromyalgia patients increased the activity of satellite glial cells in mice, unlike the control antibodies, and bound to these cells in human dorsal root ganglia.

Can lead to new therapies

“Our results open up the possibility of identifying individuals with fibromyalgia who have ‘problem antibodies’ and studying if already approved drugs that reduce antibody production or modulate the immune system in other ways can mitigate the symptoms of fibromyalgia,” Camilla Svensson says.

The study was conducted with researchers at King’s College London and the University of Liverpool in the UK, and included antibodies from patients with fibromyalgia from both Sweden and the UK.

The study was supported by grants from the Knut and Alice Wallenberg Foundation, a donation from the Lundblad Family for clinical pain research at Karolinska Institutet, the Swedish Research Council, Karolinska Institutet, Region Stockholm, the European Union, the International Association for the Study of Pain (IASP), the Canadian Institutes of Health Research, the King Gustaf V 80-year Foundation, the British Medical Research Council, Versus Arthritis, the Pain Relief Foundation and Eli Lilly & Co. One of the authors, David Andersson, has declared a conflict of interest in the form of financial support from Eli Lilly. No other conflicts of interest have been reported.

Event type
Lectures and seminars Webinar: The secret life of mice: what you don’t know can harm your research

"The secret life of mice: What you don’t know can harm your research"

"Animal ethics, animal ideology, and the defense of animal research: why appealing to science and the benefits of research alone will not work"

The directive sets out the objectives and allows a certain flexibility to member states when establishing national legislation on how these can be best met in various national environments. To promote high animal welfare standards, the directive contains a number of measures to achieve and maintain all-embracing Culture of Care. This should be delivered by a combination of the named responsible persons, Animal Welfare Bodies, high-quality education and training, and competence of personnel using and caring for animals – not forgetting an overall framework for Culture of Care established and supported by the management.

In this webinar, we will dive into the opportunities provided by the legislation to ensure appropriate Culture of Care is set up and reinforced by all involved. We will also address and discuss some facts and frequently asked questions about how EU legislation operates and is implemented across the EU.

Important: This webinar will be crafted based on the audience's needs and interests. Please let us know what topics and questions you would like to see covered during this session (by Friday June 18).

Susanna Louhimies works at the European Commission, the Directorate-General for the Environment since 1996. She is responsible for the EU Directive on the protection of animals used for scientific purposes and any horizontal issues in relation to scientific, educational and regulatory use of animals.

As an integral part of her portfolio she follows closely the implementation of the principle of the Three Rs (Replacement, Reduction and Refinement of animal use) in different policy areas. She is also responsible for the co-ordination of the regulatory acceptance of new and updated testing methods in the EU legislative framework for chemicals (REACH), as well as promoting their acceptance internationally, mainly through the work of the OECD.

Handling, immobilization, administration of substances and blood sampling are examples of minor procedures carried out on rats. These workshops will cover practical elements aimed at refreshing or refining skills to carry out minor procedures.

Participants will follow a demo and will subsequently practice selected basic procedures such as handling and immobilization, dosing (IP, SC, IV and/or oral gavage), blood sampling (tail and/or saphenous vein) and humane killing techniques on mice or rats.

Aimed at any person working with laboratory rodents holding a Function A qualification who: