Lectures and seminars BioNut Seminar Series - "The neuroimmunomodulation theory of Alzheimers disease: Impacts on its early detection and prevention" 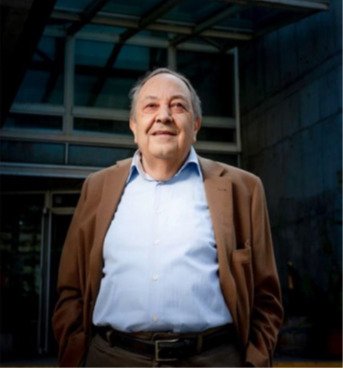 The BioNut Seminar Series is a seminar series where the different group leaders at the Department of Biosciences and Nutrition will invite and host a seminar on various Thursdays throughout the year.

This seminar will be live in Jan-Åke Gustafssosalen, Neo, Flemingsberg and also streamed on Zoom. After the seminar a limited number of sandwiches and drinks will be served on a “First come – first served” basis.

Prof. Ricardo B. Maccioni is one of the world's most renowned neuroscientists. He has made major contributions to understand the etiology, diagnosis tools, and novel avenues for treatment of Alzheimer´s disease (AD) based on his multitarget approach. His work was seminal in the discovery of tau protein, and the modifications that turn tau in a pathological protein.

His discoveries over a period of 50 years, have led to the neuroimmunomodulation theory of AD, that established a new paradigm on the pathogenesis of this devastating disease, based on neuroinflammatory mechanisms occurring in the human brain. In turn, his theory allowed him to advance hand in hand with development of innovative biomarker tools for early detection of AD, with a non-invasive examination. Moreover, his contributions have had a marked impact on the development of innovative approaches to prevention, as well as, the understanding of other neurodegenerative diseases of the human brain. He is not a fad follower, rather, he has set his own path. His discoveries have found broad support from the international scientific community and changed the view on this brain disorder, opening new paths to further investigations for this disease.

Dr. Maccioni is a Professor of Neurology and Professor of Neuroscience at the Faculties of Medicine and Sciences of the University of Chile. Director of the Laboratory of Neurosciences and Functional Medicine and Scientific Director of the International Center for Biomedicine (ICC). He has also served as a professor at the Health Sciences Center at the University of Colorado, Denver, USA. He received his doctoral degree in 1975, was a postdoctoral fellow at the US National Institutes of Health and at CU University Medical School, USA. He has received about 100 research award and several international prizes, including the prestigious Alzheimer Award, the EMBO Senior Fellowship, Presidential Chair in Science, elected member of the Dana Alliance for Brain Initiatives, Chancellor´s Medal of the University of Chile and the degree of Doctor Honoris Causa in several universities in America and Europe. He has also been founder of the IMBO (Ibero-American Molecular Biology Organization), the Millennium Institute of Cell Biology in Chile, the center of excellence "International Center for Biomedicine", and recently of the Foundation that bears his name.